To report any animal related issues or concerns, please call Ford County Communications Center at (620) 227-4646 so an Animal Control Officer may be dispatched.

There are many wonderful pets at the shelter awaiting homes.

The adoption fee for dogs is $135, which includes the cost to have the dog spayed or neutered, examined by a veterinarian, tested for heartworms, and updated on all necessary vaccinations. If you live in the city limits of Dodge City you  must also pay a $5.00 city tag fee and have it registered with the city.

Dogs which are spayed or neutered prior to entering the shelter can be adopted for $70, which covers a heartworm test, vaccines, and exam.

The adoption fee for cats is $120, which includes the cost to have the cat spayed or neutered, examined by a veterinarian, tested for feline leukemia virus disease complex, and updated on all necessary vaccinations.

Cats which are spayed or neutered prior to entering the shelter can be adopted for $70, which covers a Triple test, vaccines, and exam.

The shelter occasionally has other domestic animals available and has in the past had goats, various poultry, ferrets, rabbits and even iguanas available for adoption.

The Dodge City Animal Shelter has one full-time (ACO) employed. The ACOS are responsible for enforcing the City of Dodge City's animal control ordinances. ACOs are much more than the old stereotype of a "dog catcher". They not only capture stray animals but also conduct criminal investigations, prepare reports and testify in court in an attempt to improve the lives of animals within Dodge City.

Brief synopsis of some ordinances which residents may not be aware of are;

No dogs having the appearance or characteristics of being predominately pitbull shall be allowed within the city except those registered with the Dodge City Animal Shelter.

It is illegal to tether a dog for more than one continuous hour, except that tethering of the same dog may resume after a hiatus of three continuous hours. Dogs must be tethered in a manner as to prevent injury, strangulation, or entanglement.

It is unlawful to allow any companion or domestic animal to be a large. This includes cats.

All dogs, cats, and ferrets over four months of age must have a current rabies vaccination.

Every dog over three months of age must be registered with the city annually by purchase of a city dog license. Dog licenses are $5.00 each and may be purchased at the Dodge City Animal Shelter or the Dodge City Police Department.

"Domestic Animals" are defined by city ordinance as those animals commonly considered livestock, such as horses, cattle, goats, and poultry. Only persons possessing a current permit issued by the Dodge City Code Enforcement Office can keep livestock within the city. Issuance of permits is based on zoning, acreage, facilities on the property and history of animal control complaints.

It is unlawful for any person or business to keep more than four dogs over twelve weeks of age on a property unless in possession of a kennel permit issued by the city. 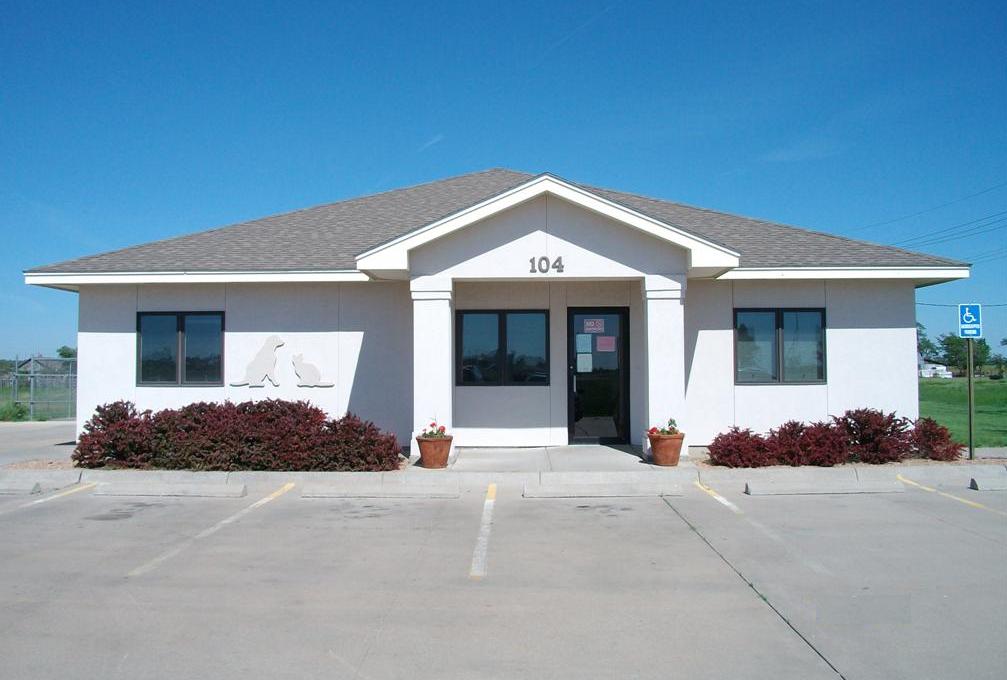